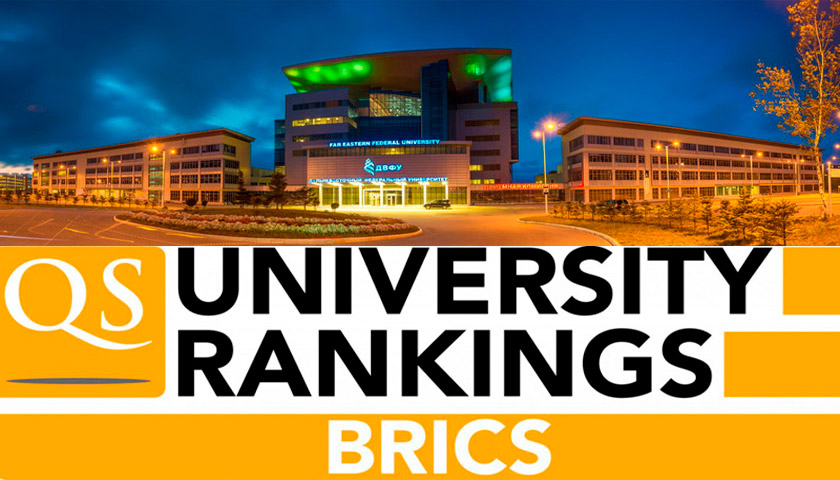 Far Eastern Federal University improved its position in the QS University Rankings: BRICS 2017. FEFU ranked 86th among the best universities in the BRICS countries (Brazil, Russia, India, China, and South Africa), having risen 8 points over the year. The university has improved performance, despite the increase in the total number of participants in the rankings.

The number of scientific publications, the ratio of the number of faculty and students, the reputation among employers and in the academic community, the share of international students and employees are taken into account when ranking universities in the QS University Rankings: BRICS. The best development dynamics FEFU demonstrated by the criteria of attracting international students and faculty, taking 23rd and 42rd place respectively. More than 3,000 students from 67 countries study at FEFU now, more than 200 international researchers lecture at the university, conduct training sessions and scientific research at the university each year.

In total, the top100 ratings of 2017 included 25 Russian universities, and 15 participants in the 5top100 Russian Academic Excellence Project among them.

Starting from 2014, FEFU joined the 5top100 Project, becoming the only university in the East of Russia, which received the right to participate in the national program. The government of the Russian Federation expects the emergence by 2020 of a group of Russian leading universities with an effective governance structure and an international academic reputation able to meet international trends and promptly respond to global changes.