The regional venue of the 19th World Festival of Youth and Students (WFYS) was opened at Far Eastern Federal University (FEFU) on October 15. One hundred international guests from 50 countries and 100 young leaders from all over the Far East arrived in Vladivostok.

The venues for the Festival of Youth and Students in the regions are called upon to acquaint the participants to Russia more closely. Vladivostok is one of the 15 cities that host the WFYS. A rich program has been prepared for the delegates, but most of the time they will spend in FEFU.

"This year, students from 67 countries have entered Far Eastern Federal University, so we can say that the World Festival of Youth and Students is held at FEFU every day," said FEFU Interim President Nikita Anisimov, welcoming the participants. "The future depends on you, and may it meet your most daring expectations. I am sure that the festival will bring a lot of positive memories. Welcome to FEFU!"

The acting governor of Primorsky Krai Andrey Tarasenko, the vice-mayor of Vladivostok Natalia Maltseva, representatives of the university and delegates from different countries also congratulated participants with the opening of the regional venue of the World Festival of Youth and Students.

"You are our future. Someone will become a doctor, someone will become a deserved figure in science, a teacher, a businessman, a politician, but everyone will live on a beautiful and fragile Earth," Andrey Tarasenko addressed the participants. "And we want you to learn to live in peace right now, because this is what our planet needs."

Several discussion panels were prepared in FEFU for participants of the festival. Together with leading scientists, young people discussed the future of the Arctic, the impact of nanotechnology, the development of media, global climate change, and Russia's policy in the Asia-Pacific region. The guests were acquainted with the laboratories of the School of Engineering, the School of Biomedicine, and the School of Natural Sciences, they visited the Student TV Studio, and volunteers conducted excursions around the campus for all comers.

Participants of the WFYS have come a long way to arrive to Vladivostok. Despite the fatigue, they happily communicate and share impressions of the city, university, and festival.

"Vladivostok is such a colorful and atmospheric city! I was here before and drove past FEFU. Then I made a wish to be here again, and the dream came true," said Anastasia Grigorieva, the lead expert of the Tynda youth committee. "The scale of the campus is amazing! FEFU is indeed one of the largest universities in the country."

"It's very cool here! Everyone communicates, although they came from different countries. I chose Vladivostok because my acquaintances said that there was no way to get there—it's far away, and the festival was a chance for me to visit there," said Mariam Yosri Makram Kamel (Egypt). "It's a real miracle that, as a student, I can participate in a global event. I already got acquainted with delegates from Kazakhstan, India, Spain, and Italy. And it's just the first day!"

"I chose Vladivostok without knowing anything about this city. I only knew that this is another part of Russia on the other side of the continent. It took me a very long time to get here, but it was worth it! I think that the students who study at FEFU are very lucky. The campus looks like a separate city, you can look at the sea every day, and it's just awesome," admitted Alicia Olmo (Spain).

The 19th World Festival of Youth and Students is held in Sochi from October 15 to 22. The event brings together young leaders in science, creativity, sports, pedagogy, IT, and politics. Far Eastern Federal University will be represented at the festival by the delegation of students, faculty, and volunteers, headed by Nikita Anisimov, the FEFU Interim President. 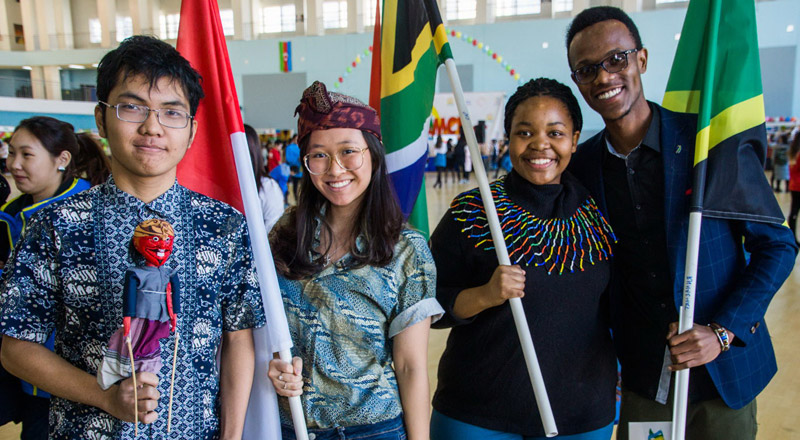 Only peace and friendship: Day of International Student Unity brought together FEFU students 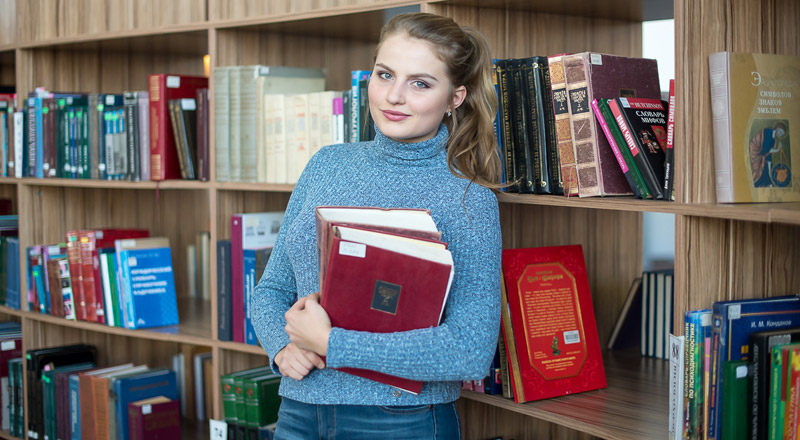