English version The Endowment Fund About the Fund

FEFU Endowment Foundation was established in 2011 with the sole purpose to raise private and corporate donations aimed at forming the University endowments.

The Foundation operates in full compliance with the Federal Law #275 of Dec.30, 2006 “On formation and use of the endowments of the non-profit organizations.”

The Foundation creates endowments by raising charitable donations, after that it transfers the money to the certified Asset Management Company for management with the purpose of revenue generation. The Asset Management Company later returns the endowment profit to the Foundation annually for implementation of the University programs and projects. Spending of the profits always occurs with an approval of the donors.

The principal of the endowment remains untouched and serves the purpose of equity accumulation for future University programs and projects.

– Eastern Vector of the Federal Policy, establishment of the Territories of Advanced Development at the Russian Far East;

– 5TOP100 program of the entry of five Russian Universities into the list of top hundred universities of the world;

– Establishment of the FEFU Alumni Association.

Task Assignments of the President of the Russian Federation
Task Assignment of the Federal Agency for State Property Management (Rosimushestvo)
Federal Law #275 of Dec.30, 2006
Transparency, Compliance, and Anti-Bribery 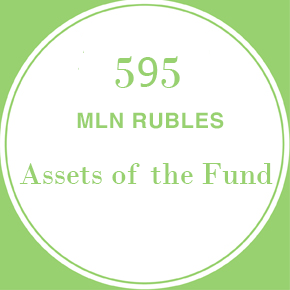